The story of Lochend Golf Club

From Leith Links to The Tinny

Lochend Golf Club is one of the oldest Golf Clubs in Scotland. We can trace our roots and heritage back to the mid 1700’s when golf was first played on Leith Links by the like of King Charles and for golf historians the likes of Thomas Kincaid who wrote the first instruction book on how to play golf. By the late 1800’s when golf became more popular many regular players at Leith Links decided to move on: some headed for the Braids where they formed Edinburgh Thistle, others headed down the coast to Muirfield to establish The Honourable Company of Edinburgh Golfers.

However a group of local people remained faithful to Leith and continued to play on the Links from 1891 and formed Lochend Golf Club. Unfortunately in 1904 Edinburgh Town Council banned golf on Leith Links. For the next few years members played at different courses around the area, especially Portobello. In 1908 following years of lobbying and negotiation the Town Council allowed Lochend Golf Club to move to the new Craigentinny Municipal Golf course…which is still our home today.

Lochend Golf Clubs full history was captured in a wonderful book to celebrate our 125th Anniversary in 2016: “From Leith Links to The Tinny”. Like many golf clubs we have faced many challenges over the years: 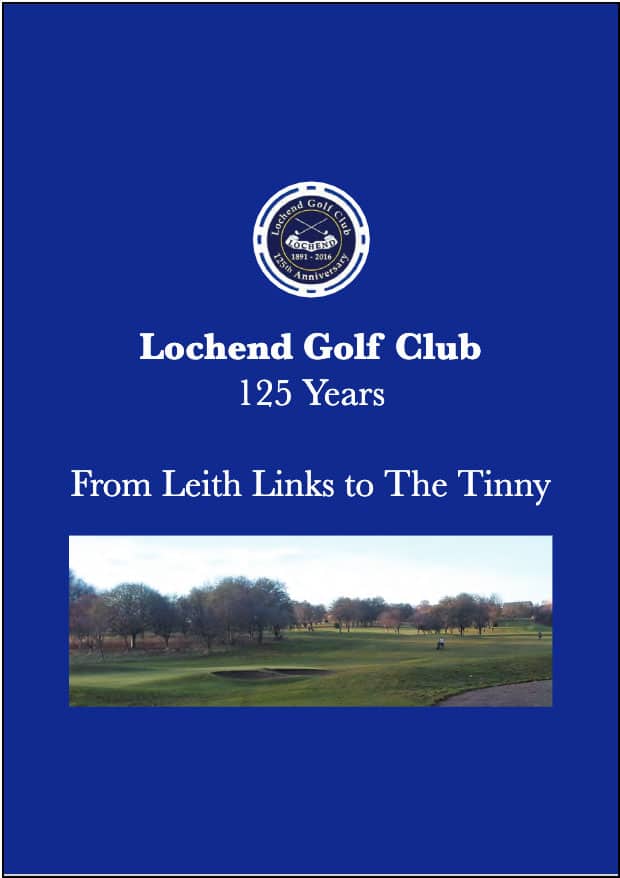 The course finally reopened in 1951 as a smaller 9 holes course and it would be a few more years before it once again became an 18 hole course. In 1959 Lochend Golf Club moved into its own clubhouse, this was the same year the Club created a Ladies Section. For more than 125 years members of Lochend Golf Club have fought hard to promote the great game of golf, and we will continue to ensure everyone has access to golf. Ask anyone who has played on the Craigentinny course, which is now managed by Edinburgh Leisure, and enjoyed the hospitality of our club will say they have had a fantastic golfing experience. Throughout our history there are thousands of golfing experiences we could use to illustrate these memories and passion for golf, but perhaps none are as truly magical as one regular visitor. The Lochend Open is our premier tournaments.

On 13th July 2013 something very special happened. David Miller who is a member of Duddingston Golf Club and at that time had a handicap of plus 2 broke the course record. Not only did he break the course record but he achieved the ultimate golf score of 59. At about 11.30 word had spread as to how well David was doing and people gathered around the 18th green to watch him playing his last hole. A good drive and an iron into the green about 15 feet from the hole set him up. However under this kind of pressure to get down in 2 to achieve the 59 the putt must have felt much longer. David takes up the story of his day himself: 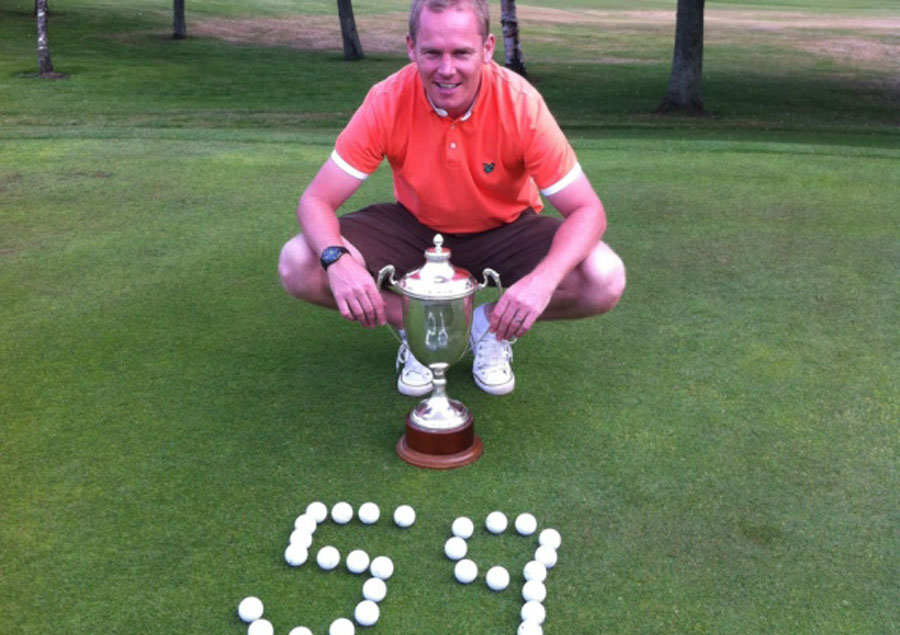 “The Lochend Open is always in my golf diary at the start of the year. It’s one of my favourite events of the year. The sun was out, the course was in great condition and I was playing with two fellow Duddingston members (and friends), Ray Ramsay & Ian Stavert.  My previous best score at Craigentinny was 63 (one short of the old course record.) After starting 3,3,3,3 the course record was in my thoughts. After birdieing the 10th to go 6 under the magical ‘59’ did enter my head! By the 13th, my good mates, Graeme Markey & Stuart Smith were walking around with us. Following a two-putt birdie at the 14th, I knew I was never going to get a better chance (to break 60)!

Needing to play the last 3 holes in one under (or better), I knew the 16th offered the best chance of achieving this. Fortunately, I played it nicely with a good drive and wedge to 5ft, which I rolled in the middle. The 17th was probably my poorest shot of the day. I left it short right of the greenside bunker which left a tough pitch to a front right pin location. Thankfully, my worst shot of the round was probably followed by my best shot of the day as my ‘flop’ shot landed 3 or 4 feet from the pin.

A good drive at the 18th left me 130 yards or so yards to the pin. At this stage, I was only concerned with getting a par for a 59. I hit my approach (wedge) to 15ft or so below the hole and the pressure was off. By this time, a large crowd surrounded the 18th hole as I left my ‘58’ putt an inch short. That one inch putt was the most pleasing of my golfing career! The members at Lochend Golf Club were superb and could not have been nicer. Also, the Committee were very generous and kind after my achievement which was greatly appreciated. I know a number of members at Lochend GC and have a strong affiliation with the Club. This was further cemented after the kindness of all the members after my course record round; having played golf competitively for nearly 30 years, this ranks as one of my best golfing achievements.”

Needless to say he lifted the trophy that day. Lochend commissioned a special plaque which hangs inside the clubhouse to celebrate this amazing achievement. 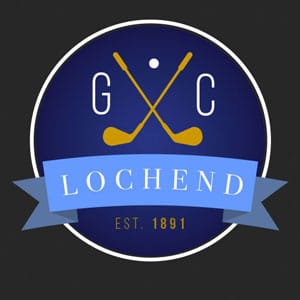